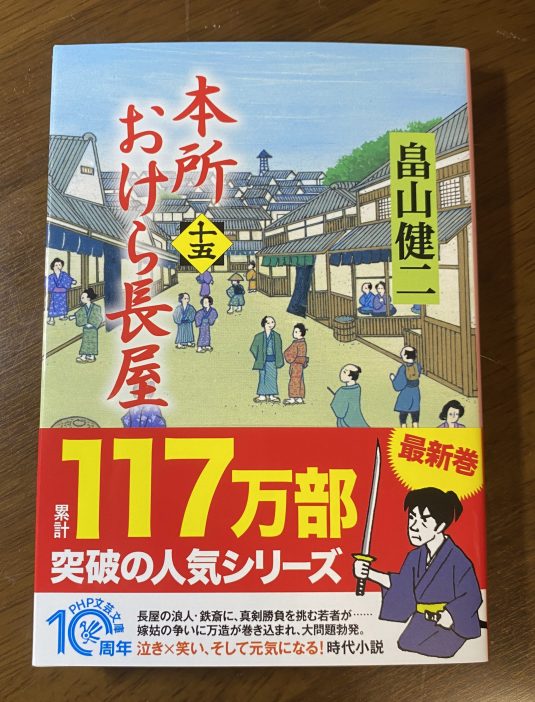 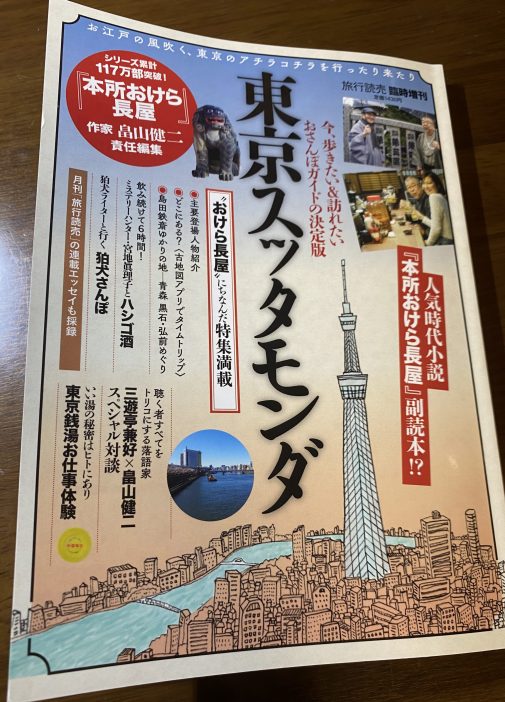 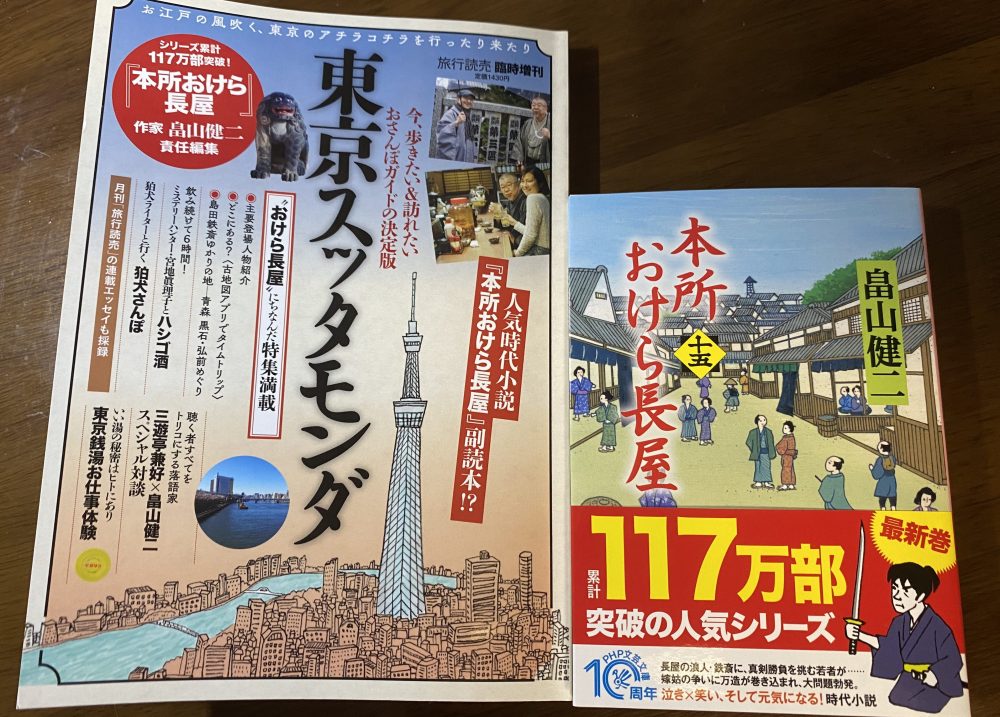 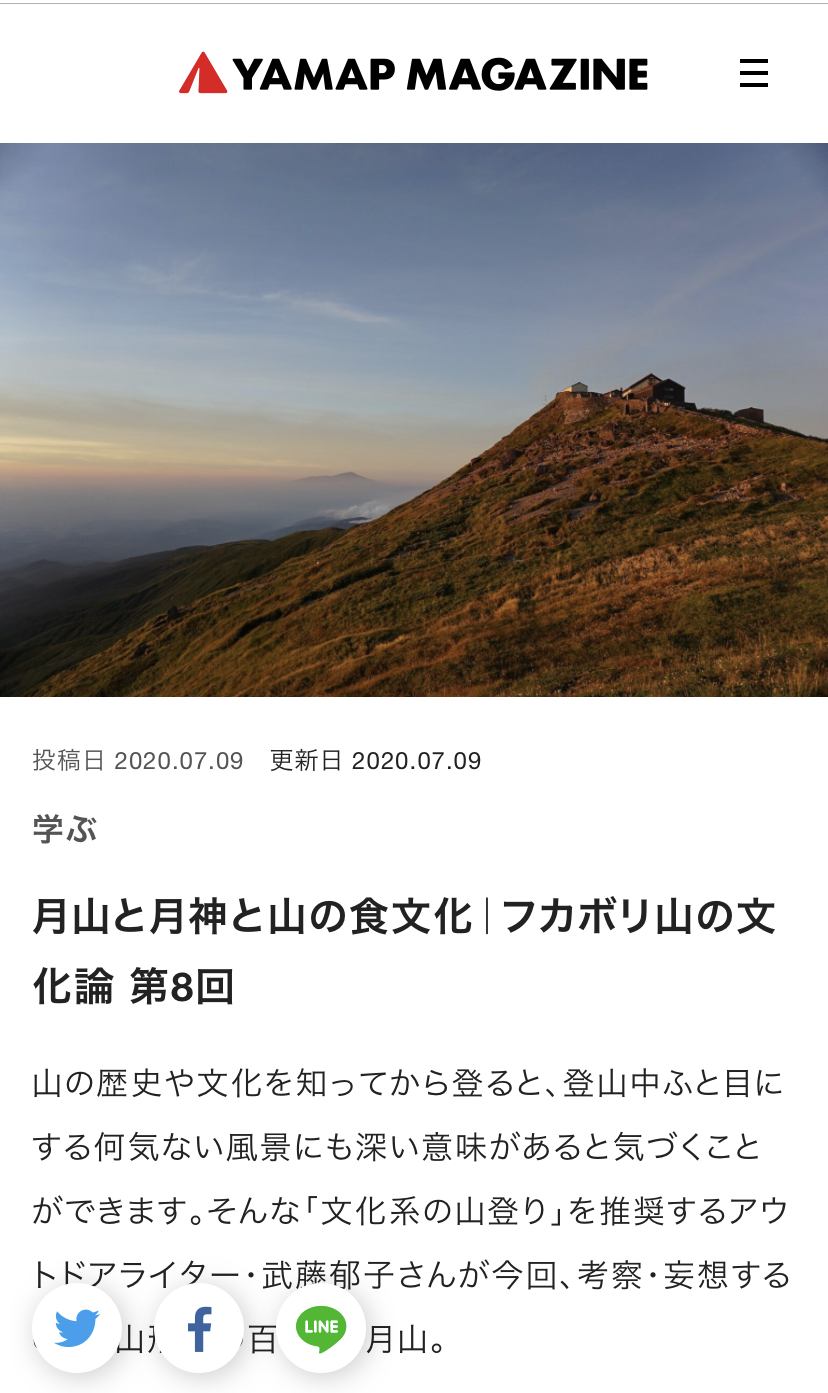 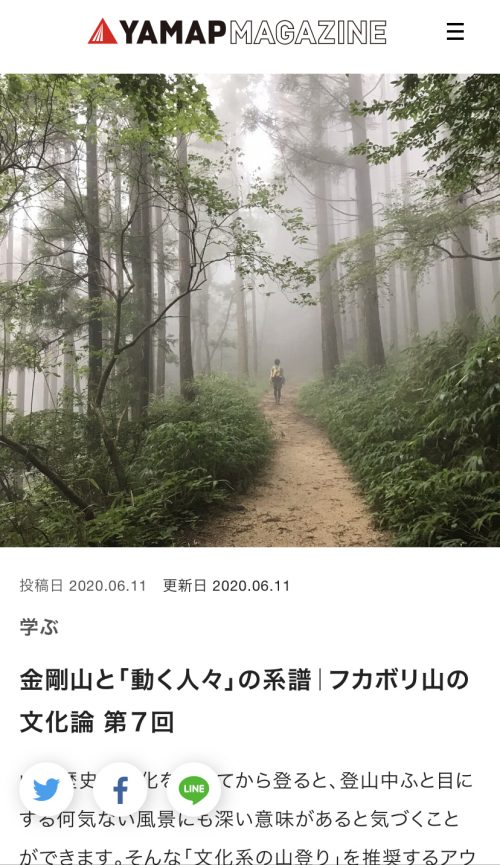 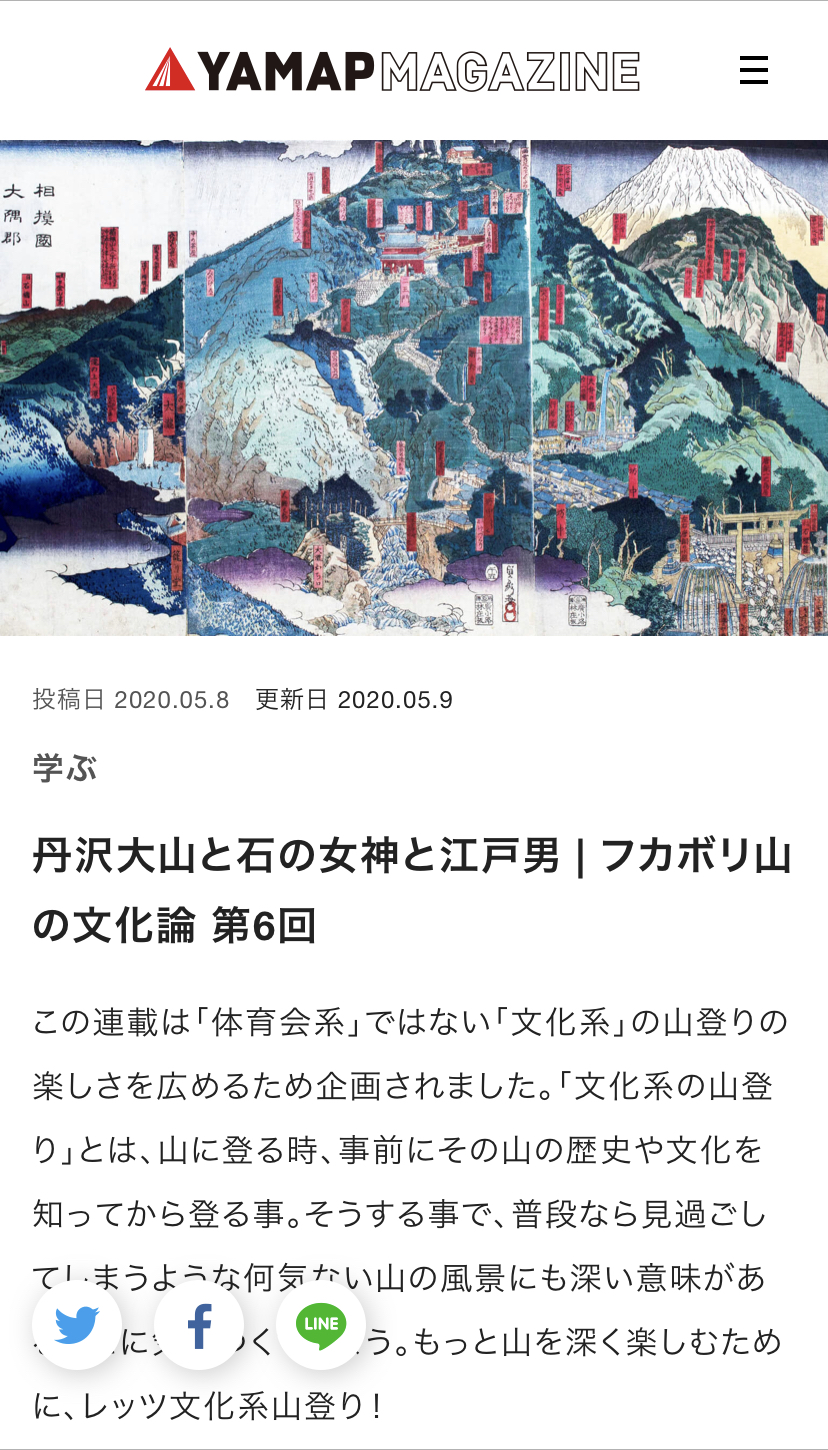 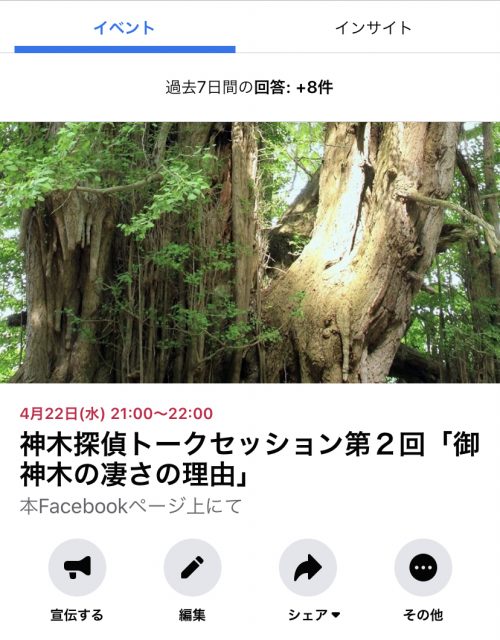 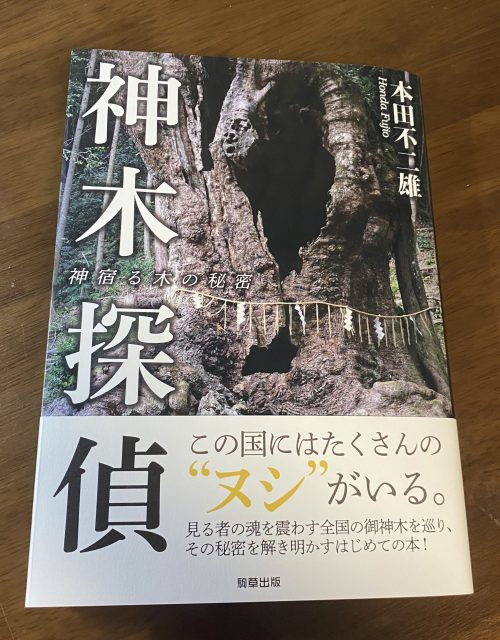 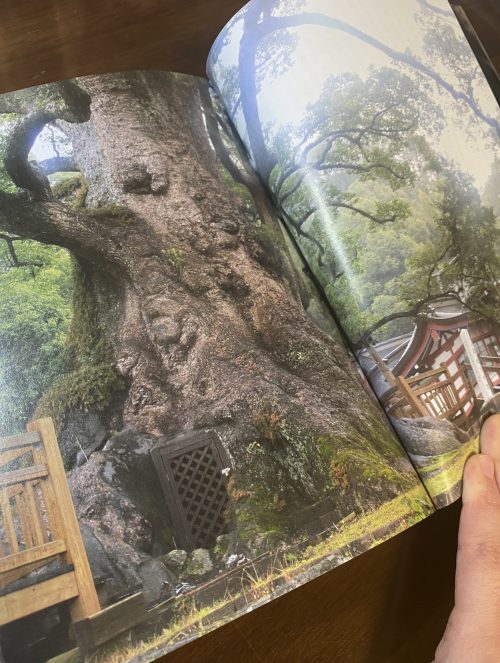 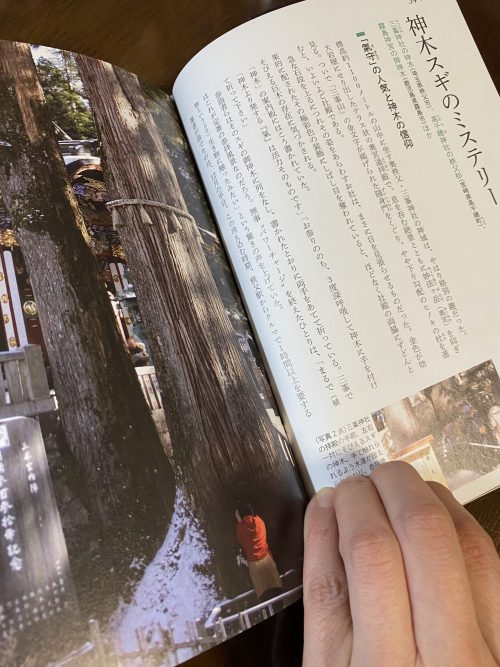 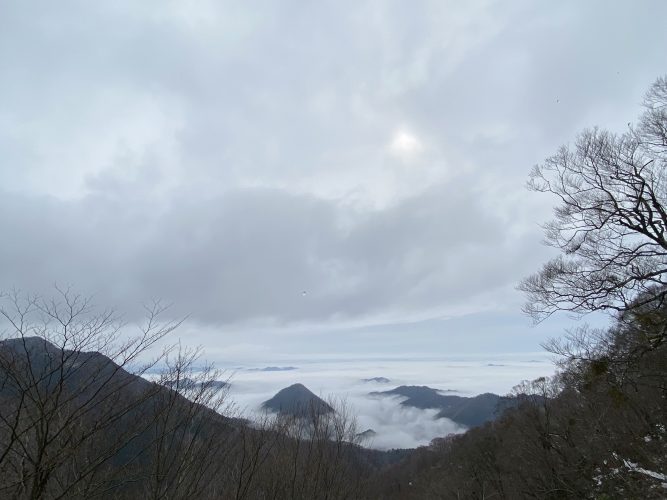 The other day, I went to Ooeyama to cover “the Shutendouji” for YAMAP MAGAZINE. Speaking of Shutendouji, they are Oni(means japanesse demons), right?
And if we talk about demons now, it’s probably “DemonSlayer”,”KIMETSU no YAIBA”. The elementary school children I meet during my kendo practice also love that.

I’ve been wanting to see the manga and the anime, but I haven’t been able to make time to do so. I thought, for the time being, I watched the anime on Amazon’s Primevideo at once. 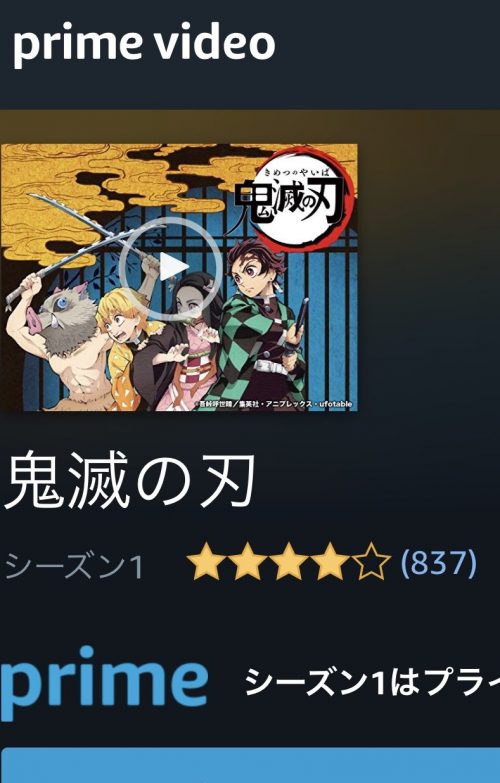 And it made me happy to feel the same situation as when I was a child, where a work like this is being played by ordinary children.

It is full of folkloric factors. Mystery after mystery, but the boldest axis is simple (the mission to turn a sister who has been turned into an ogre back into a human) and throws in the three main principles of Jump: friendship, hard work, and growth.
After invariably inserting the valley that “believing in people and trying to do good” isn’t cool and doesn’t pay off, thud!
But what will break through is something that lies beyond the power and effort that you believe in~~! (Somehow, the Kansai dialect). It’s okay, it’s okay. Mm-hmm.

Also, if a kanji is cool, it’s difficult to read it, so you can increase its coolness by 30%. It’s okay to go out on a limb like this! …and so on and so forth. The flexibility of the head as a child. If you like difficult kanji, you can input it right away. Even if it’s a historical novel like “真菰” or something like that, I’m sure you’ll be able to read it in seconds if you’re an elementary school student who likes KIMETSU no YAIBA.

After I finished my coverage of the Oni(japanese demon), I realized that I hadn’t been to a local Oni shrine for a long time. There are four shrines in Japan that hold festivals of Oni. One of them, “Kizin Shrine”, is located in Saitama Prefecture. 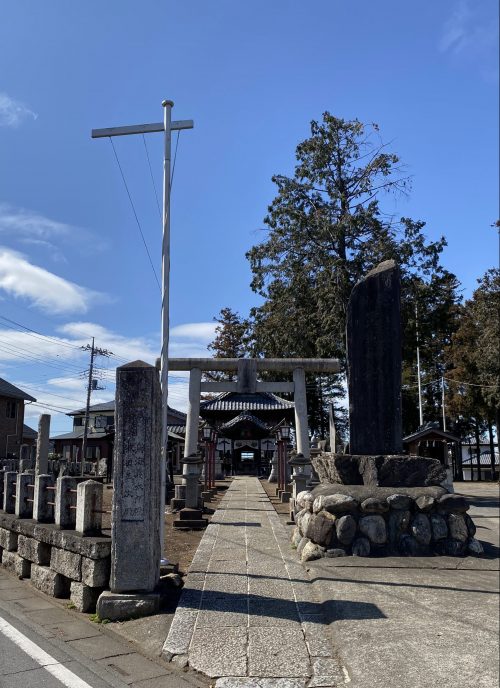 That’s why we went to the Kidin shrine!

At Setsubun, we say, “Oni is my house.” “Oni is not only bad, but they do good things around my teacher’s house. It’s called “Fortune is inside, Oni are inside, and demons are outside. 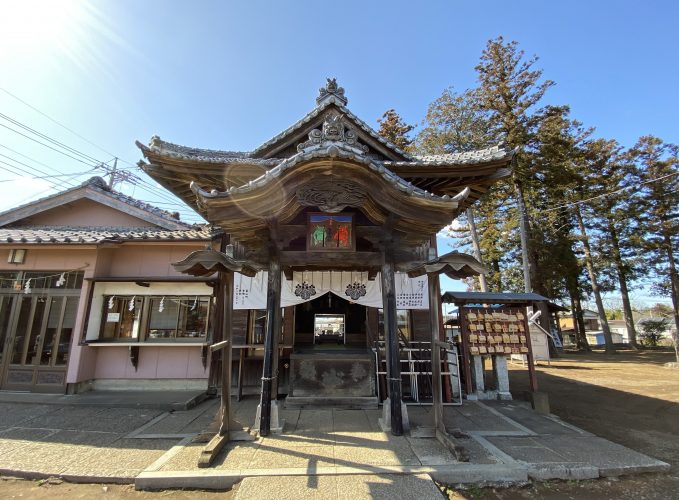 I was quite surprised to see how different the surroundings were from when I visited the shrine as a child. I think it used to be a pretty green place, but now it’s like the middle of a residential area. 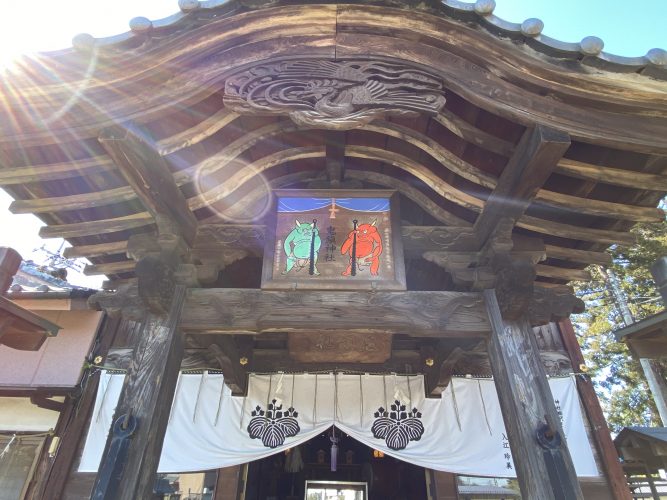 The Oni here isn’t scary at all. I’m not sure if this picture existed or not, but I remember thinking that demons aren’t so scary even when I was a child.

The best part is that the precincts are very bright. It’s carefree. I don’t have a sense of inspiration or the ability to perceive anything, and I don’t have any basis for it, but I think what this place has is more of a “陽”(means right side) .

When I finished paying my respects, I saw a figure at a place selling amulets. It was a weekday, so I wasn’t expecting it at all, but there’s someone there! I wandered over and he opened the glass door for me.

The person who showed his face to us was, to our surprise, GUJI(the priest). When I was thinking of buying a “Oni no Kanabou” , I was wondering… 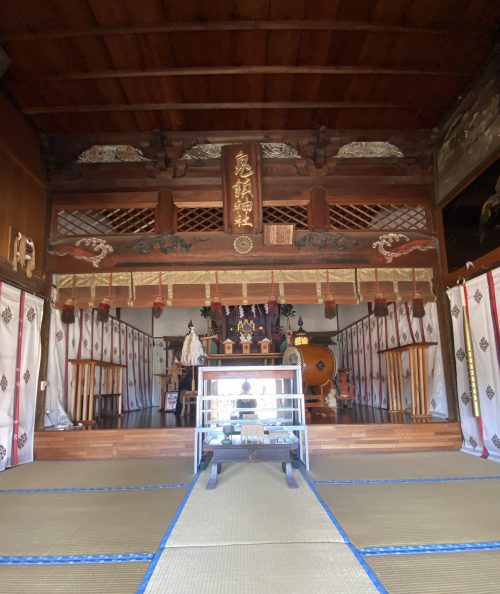 When you walk in, it’s kind of bright again! Gentle space! 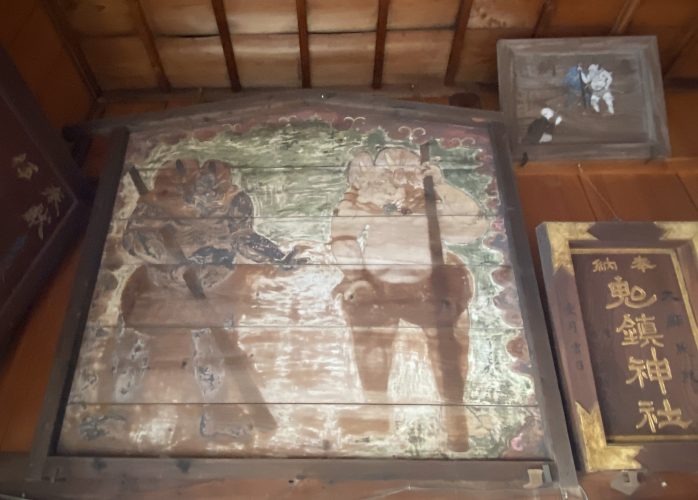 In the hall, there were many donated ema and other items on display. The one in the center of this photo is said to be from the Keio years, the end of the Edo period. According to the priest, the origins of this shrine are not very clear, but these emma show that in the Edo period (1603-1868), the shrine existed in its present form as a shrine for praying to “demons”. According to the Japanese Historical Place Names Database…

It is said that Shigetada Hatakeyama enshrined the shrine to ward off the demons of the building when he built Sugatani-kan. It is a former village shrine that enshrines the gods Tsutateku Kunatomikoto, Yaqubuhiko Mikoto and Yaqubuhime Mikoto. In the “Fudoki Manuscript,” it is called “Kijin Myojin Shrine,” and it was owned by the villagers. (From 日本歴史地名大系 the Japanese Historical Place Names Database)

Although the names of the three pillars of the deities are different, they have the same meaning because they are the gods who prevent evil spirits and evil gods that bring pestilence and disaster from entering the village. The only problem here is that these gods and the so-called demon gods don’t have much to do with each other. Essentially, it was an antagonistic entity, rather than eliminating the Demon God. 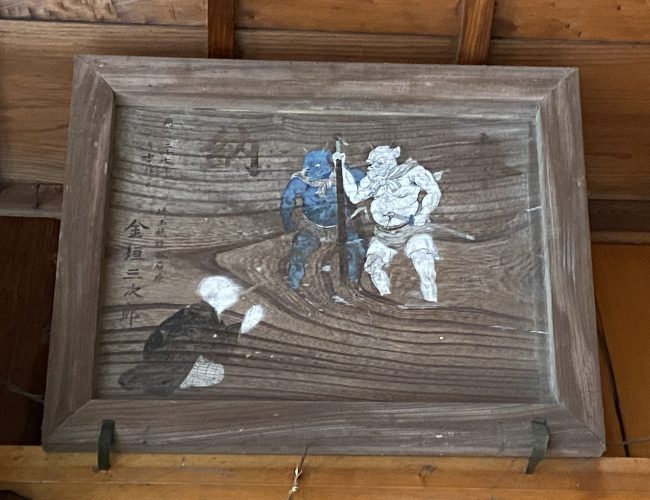 I understand that these three pillars were enshrined to ward off demons. It means to block the path of demons, right? But in this shrine, the demons are the good ones. Rather than contain it, he is sought after as a being who is told to “come in”.

In fact, another completely different story of impressions is conveyed about the founding of this shrine.

There used to be a sword smith who lived in this area. The swordsmith has a beautiful daughter, and one day a young man appears as a suitor. The swordsmith says, “If I can strike a hundred swords a day, I’ll give my daughter as a daughter-in-law,” but this condition is an unattainable offer. The young man, however, begins to strike the sword. The swordsmith was pale in front of the sword that was being beaten so quickly that it was not a human skill. When I looked, I saw that the young man had been transformed into the form of a demon. In the end, however, the day dawned on the ninety-ninth run, and the young man, who had failed to keep his promise, died. The swordsmith regretted his actions, so he enshrined the young man (Oni) and mourned him. That’s the origin of the present  Kidin shrine…..

If we follow this story, the deity is this young man (Oni), right? However, that impression seems to be very different from that of the current priests.

Hmmm. I don’t know. The only thing that is clear to me is that the depiction of a scene in which a demon strikes a sword leads me to believe that the demon is an ironmaking group. Another thing that might be connected is that this area used to belong to Shiga. The name “Shiga” is famous as a place name related to the “AMA” tribe,people from the sea, which I am obsessed with, and it is also a place name that is often used in areas where metal clans have lived. It’s not that there’s no lingering scent. I’m going to have to do some research on this one.

In any case, there are many places around this area that are related to the tribe, and they have also been open for a long time. I don’t think there’s much left, but I’d like to read a little more deeply into it. 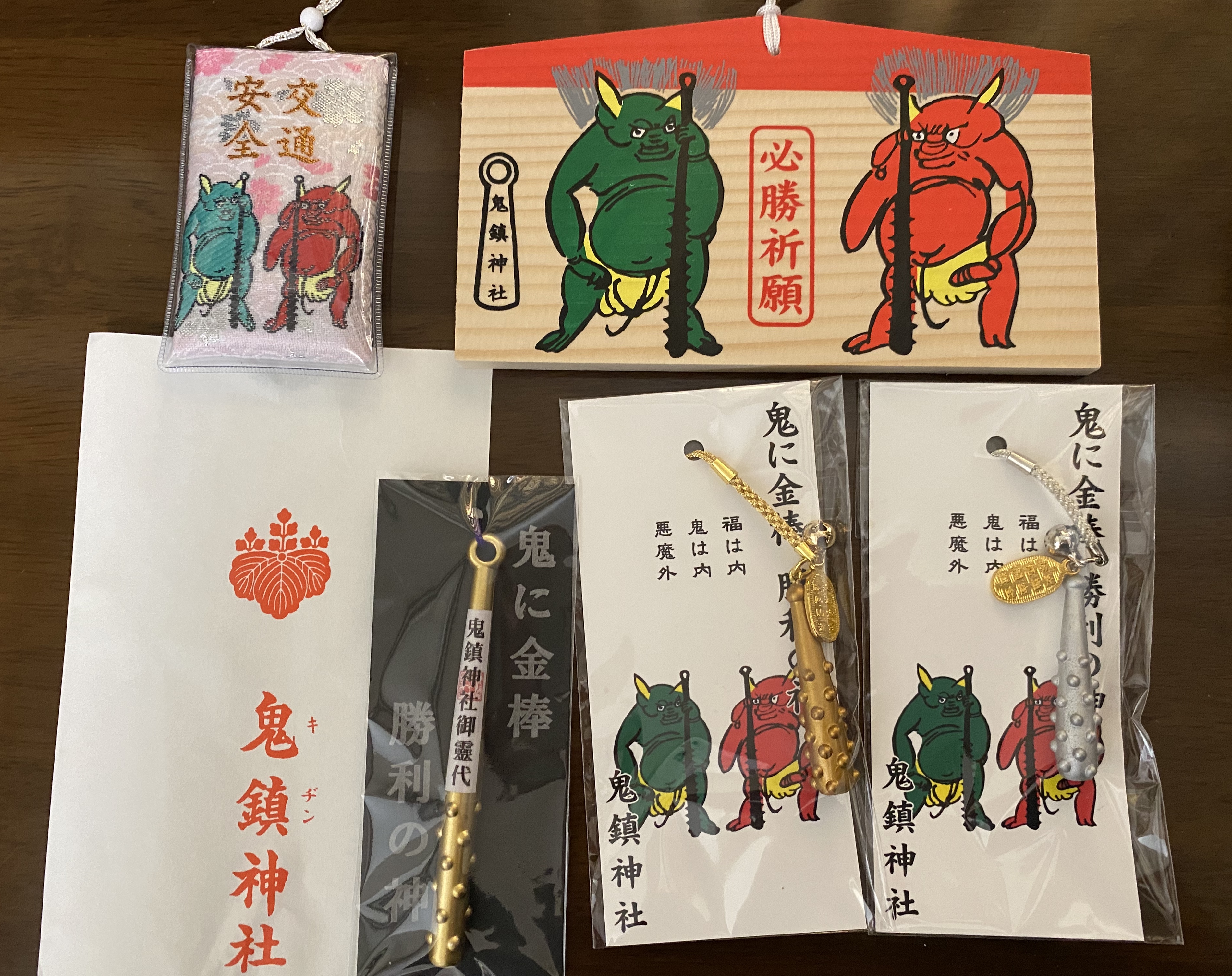 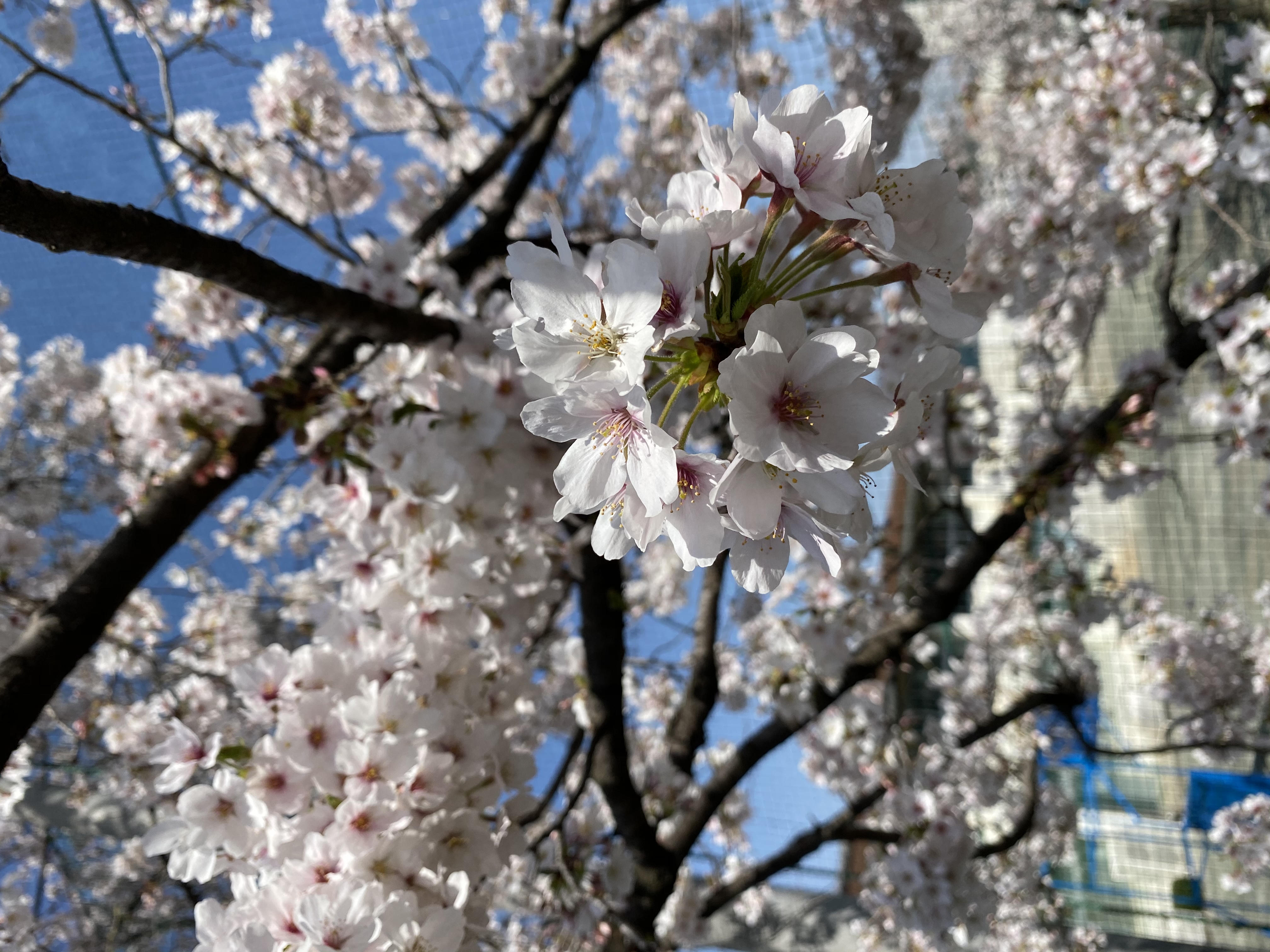 I’ve decided to put up the English version of the article too!

In order to introduce Japanese culture, Ariworiaru.com has decided to publish articles in English as well.I used DeepL’s translation tool, so it may be a little funny, but that’s okay. I hope to be able to tell you what it means.

I’m not sure about the articles I write, because even for native Japanese people, they’re often described as dense and maniacal. But it’s a big world, and there may be people who want such dense information.

So, I’d be happy if people from overseas who love things could learn more about Japanese culture and history, which is still unknown.

Editing and writing by MUTO Ikuko